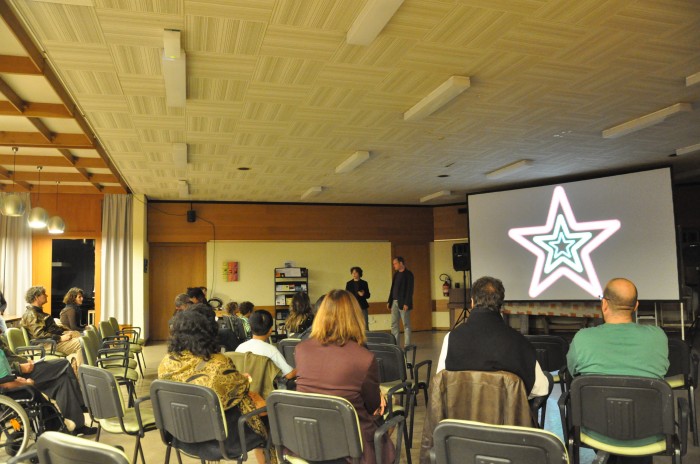 Cyril Bron, works at Clair Bois, a center for disable people, as a video workshop leader, and Richard Le Quellec, artist, cultural actor and inhabitant of the Minoteries district, particularly interested in the potential of creation as a link generator, came up with the idea to organize film screenings made by local people in the Minoteries Park.

Through this action, it is a question of improving the general atmosphere of the neighbourhood, of stimulating the meetings and dialogues between the inhabitants, to create a meeting place accessible to all, while offering the public a glance on the work of some of their neighbors and an openness to contemporary artistic practices.

The Minoteries district is a complex area where many people live with diverse cultural and social origins. There are also many traders, schools, and various associations and foundations. All these people, inhabitants and users often meet in everyday life without knowing each other.

Formally the device takes the form of a projection room and a refreshment room, led by Francis, the keeper of the coffee shop-bookstore Minoteries. It allows the public to eat during the evenings and to stimulate discussions about the films.