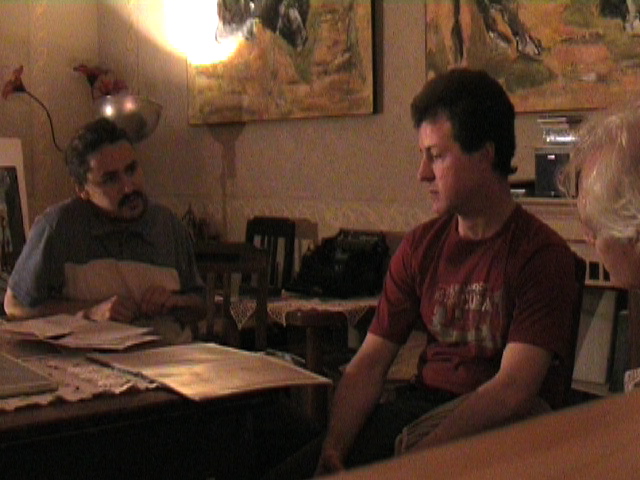 Invited to exhibit in Poland, I decided to use this opportunity to meet a Polish plumber to solve the plumbing problems of my apartment at a lower cost and discuss with him the myth that surrounds his activity. to produce a transportable piece, and the irritation of the plumber believing in a hoax intended to make fun of the Polish workers, we came to discuss Poland and its relations with the European Union.

Poland, by virtue of its status as a new member state of the Union, asks us about our situation as a European entity. Because although Switzerland is not officially part of the EU, it is subject to the same problems as other countries, such as France or Germany, in its report on the delicate subject of opening borders. .

The psychosis of the Polish plumber is a striking example, produced by a demagogue nationalism, it clearly demonstrates the latent xenophobia of our societies. The majority of our companies are located in the developing countries, which they happily exploit the material and human resources, but when it comes to opening our borders to a handful of workers, it is not comparable because our superiority economy and its maintenance, justifies all excesses.

“Your company is looking to export, expand its reputation, develop its business, and especially increase its turnover and results? With its domestic market of 40 million consumers, it is very interesting to sell on Polish territory. With growth estimated at more than 4% for the year 2006 and a GDP of about 5% for the year 2005, Poland is the country where you have to be present! Do we still have the same prospects in the rest of the union?

A Polish low-wage, highly skilled, efficient and competitive workforce with a high level of training can make Poles the most competitive graduates in the Union. At the same level of education, a Polish employee earns 5 to 6 times less than his counterpart in the West … “.

EG-consulting. (company specializing in the establishment and creation of companies in Poland).

This project has the support of the Municipal Contemporary Art Fund and the Cultural Affairs Department of the Canton of Geneva.